A Place that Connects: Parliament Slip has potential to become a world class public destination for all-season recreation, entertainment, and dining—and a strong point of connection between the city and Lake Ontario.

Located at the heart of the eastern waterfront, the Parliament Slip presents a historic opportunity to create a bustling gathering place where people can swim, visit a floating restaurant or enjoy performances at a waterfront amphitheatre. In addition to becoming an attraction in itself, the Parliament Slip can be an inviting complement to nearby neighbourhoods and destinations, including St. Lawrence, the Distillery District and the new Villiers Island and future Promontory Park.

Waterfront Toronto has a preliminary vision to transform this area and offer residents and visitors alike with new possibilities for healthy recreation and entertainment on land and water all year round. This vision begins with a WaveDeck that innovates on the whimsical and dynamic design of those in the central waterfront. Here the WaveDeck will incorporate swimming pools and serve as the anchor for a water amphitheatre, floating restaurant, canoe/kayak launch, water transportation hub and a floating dock with concessions.

We are currently working towards 30% design while also working to secure funding to complete the design and delivery of what will surely become a well-loved public amenity on our waterfront.

Description
The foot of Parliament Street along Queens Quay East 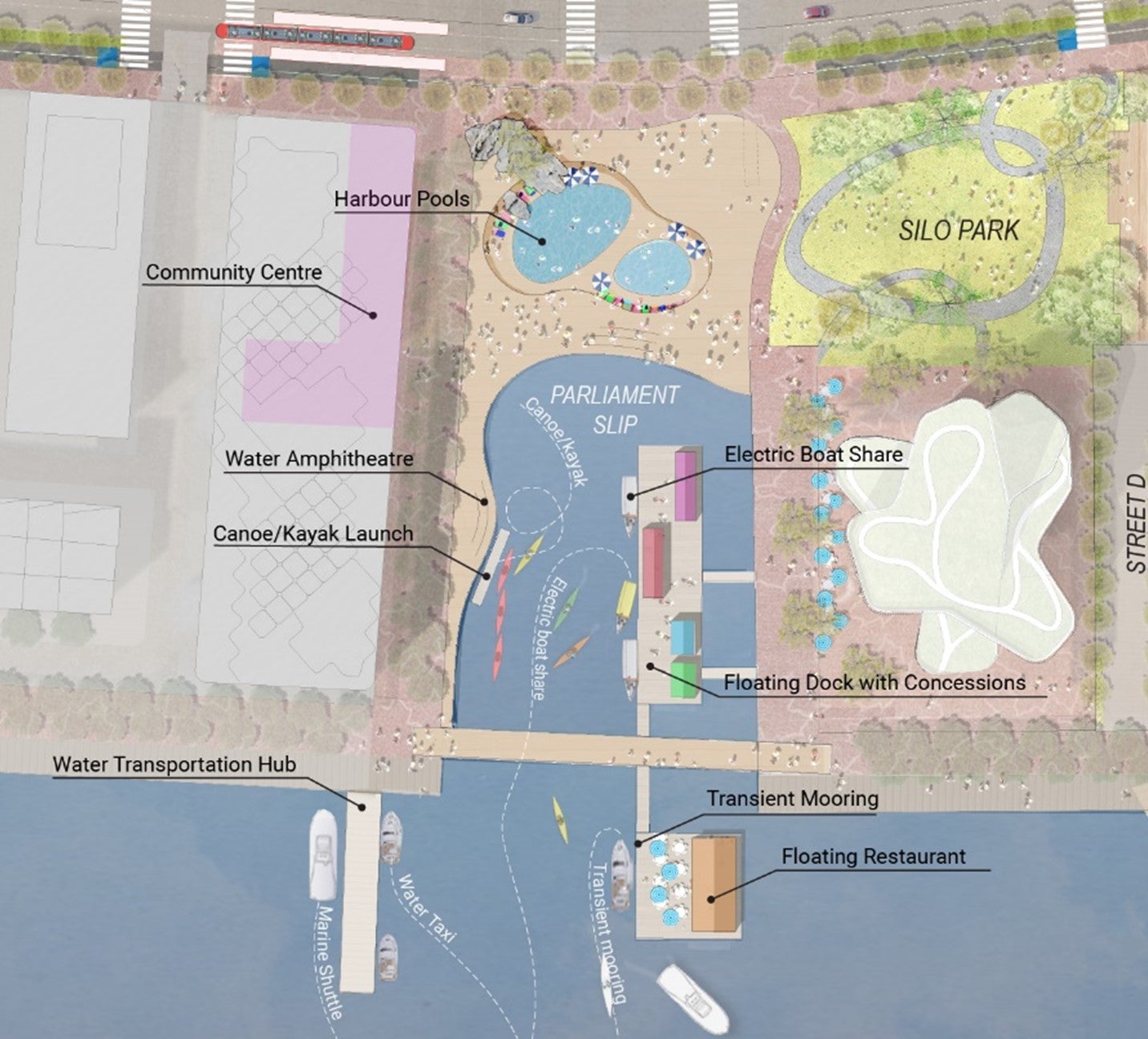 What is the vision for Parliament Slip?

Between 2018-2020 we studied top waterfront cities around the world and how they are activated. Through this research we identified consistent attributes — like open swimming, waterfront dining, sightseeing and recreational boating — that contribute to their success and considered how these attributes could come to life here.

Drawing inspiration from world-class waterfront cities, one of the main attractions of Parliament Slip are the Harbour Pools. With a need for greater access to the waterfront and a desire to swim near the lake, two Harbour Pools are proposed – a deeper pool, allowing for lap swimming, and a shallow pool to accommodate learn to swim programs. The pool’s facility building, with changerooms and washrooms, is housed within the WaveDeck and would exit at the pool deck area, creating an easy flow of traffic for swimmers.

The WaveDeck also incorporates an amphitheatre at the south end of the slip with terraced seating for watching activity within the slip or viewing programming in neighbouring spaces. A dock attached to the WaveDeck will also allow for a canoe and kayak launch at the southwest corner of the slip.

A floating dock proposed for the east side of the slip, attached to the eastern Water’s Edge Promenade, includes two components: an inner slip component for small-scale concessions and seasonal pop-ups, and an outer pier that will feature a year-round restaurant.

A marine node is also proposed for just outside the slip on a future pier which will accommodate motorized uses like a future marine shuttle and a drop off/pick up area for water taxis.

On the floating dock, an electric boat share program is proposed. The south end of the dock would also accommodate short-term mooring for visitors to Parliament Slip or the floating restaurant.

Given Canada’s climate, we know it’s important to plan for fun things to see and do year-round.  With this in mind, we’re studying a variety of options including converting the swimming pool into a skating rink, and maintaining the option of swimming year-round either in open-air or within an enclosed bubble.

The evolution of plans for Parliament Slip

Our approach to Parliament Slip is guided by planning and policy documents as well as our commitment to responsible development. The Central Waterfront Secondary Plan and the Marine Use Strategy contemplate the bigger picture, including identifying special places along the waterfront well suited for year-round activation and opportunities to get people in, on and over the water. In the context of the slip, the East Bayfront (2005) and Keating Channel (2010) Precinct Plans delve into greater detail, recognizing the slip as an opportunity for a highly active place with a special combination of public spaces and community amenities.

Public engagement and next steps

Public engagement is an important part of our decision-making process and essential to creating a valued public amenity at Parliament Slip. Public and stakeholder engagement over more than a decade has surfaced many elements considered to be missing from our waterfront and has shaped this preliminary design for Parliament Slip. But more consultation is needed before planning is complete. Stay tuned for more information about how you can have your say in refining the preliminary design.

As always, we will continue our collaboration with the Mississaugas of the Credit First Nation and will also engage with urban Indigenous communities. 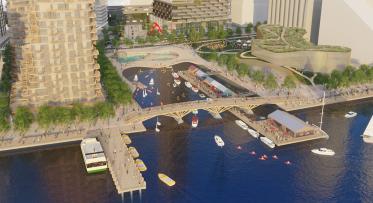 A Place to Touch the Water: Parliament Slip goes to Design Review Panel for Preliminary Feedback

Located at the heart of the eastern central waterfront, Parliament Slip presents a special opportunity to create a bustling year-round gathering place where people can swim, launch a kayak, visit a floating restaurant or have a picnic by the water’s edge.
Read Article
Banner 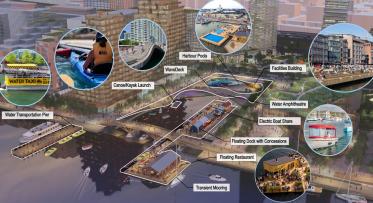 What’s Next for Parliament Slip?

From the peak of marine shipping around the turn of the 20th century, Toronto’s waterfront was studded with a series of ‘slips’, where ships unloaded cargo. Read how the proposed design to transform Parliament Slip will help connect people from across city with the lake and Villiers Island, creating...
Read Article
Banner 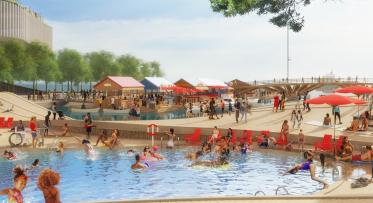 Waterfront Toronto Takes Action to Reconnect City to its Lake

Toronto’s waterfront has never been busier and in Toronto’s harbour, it is clear that better access to the water is a priority for the city’s health and future. Today, Waterfront Toronto announced its plan to develop the Parliament Slip into a waterfront destination where people can enjoy new access...
Read Article
Banner