Another Step Towards a Continuous Waterfront Walk 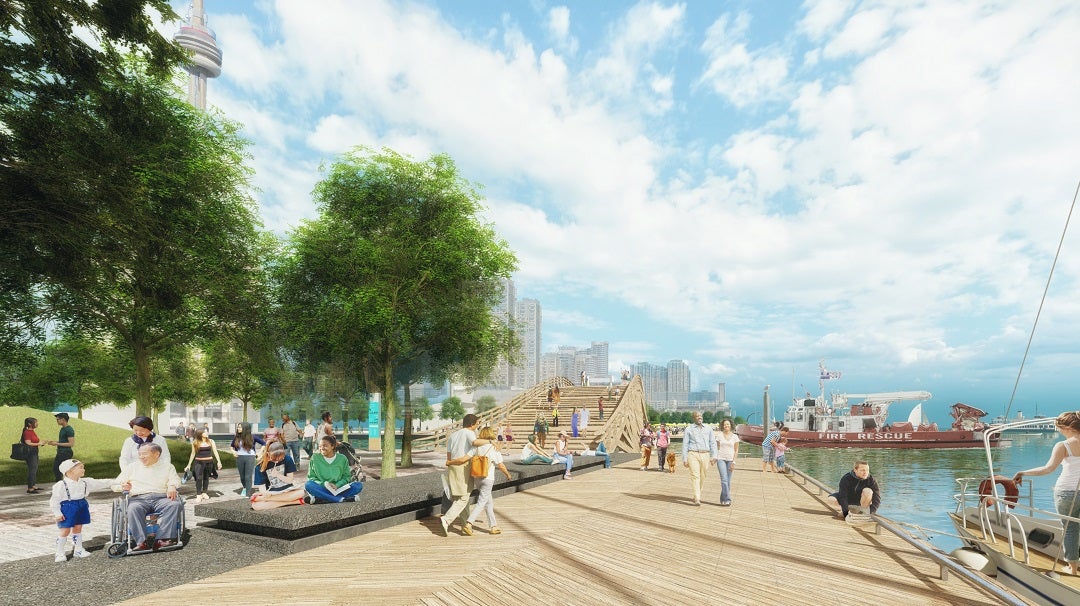 Proposed design for a walkway that will connect the entire waterfront from the Portland Slip in the west to the Parliament slip in the east. This rendering is looking east towards the Peter Street Slip from HTO Park West.

When we asked you to identify priorities for Toronto’s waterfront, a continuous promenade was at the top of the list. In surveys we conducted in 2018, more than 44% of respondents said a continuous waterfront walk is what they want most.

We’re exploring one of the most exciting opportunities by the lake: closing gaps along the water’s edge to create a continuous pedestrian route from the Portland Slip to the Parliament Slip. Informed by research on exceptional waterfront promenades in cities around the world, we’re exploring creative ways to create a pleasant, intuitive path for people along the downtown waterfront.

This is one of four priority projects in our Five-Year Strategic Plan. And later this year, we plan to start construction on the first section of this continuous waterfront walkway. Last year, we surveyed people at pop-ups across the city and 44% of respondents said that an inviting and continuous waterfront walk is the most important trait of a great waterfront.

A connected walkway along the water’s edge has been in our plans since 2006, only a few years after we were created by three governments.

Now, the detailed design for a section of boardwalk on the East Bayfront is underway, with plans to begin construction later in 2020.  The 158-metre boardwalk will run along the Water’s Edge Promenade at the foot of Sherbourne Common.  As it is the first section of a future network that will connect the entire waterfront, the design team carefully considered the critical interfaces to future bridges, docks and finger piers. 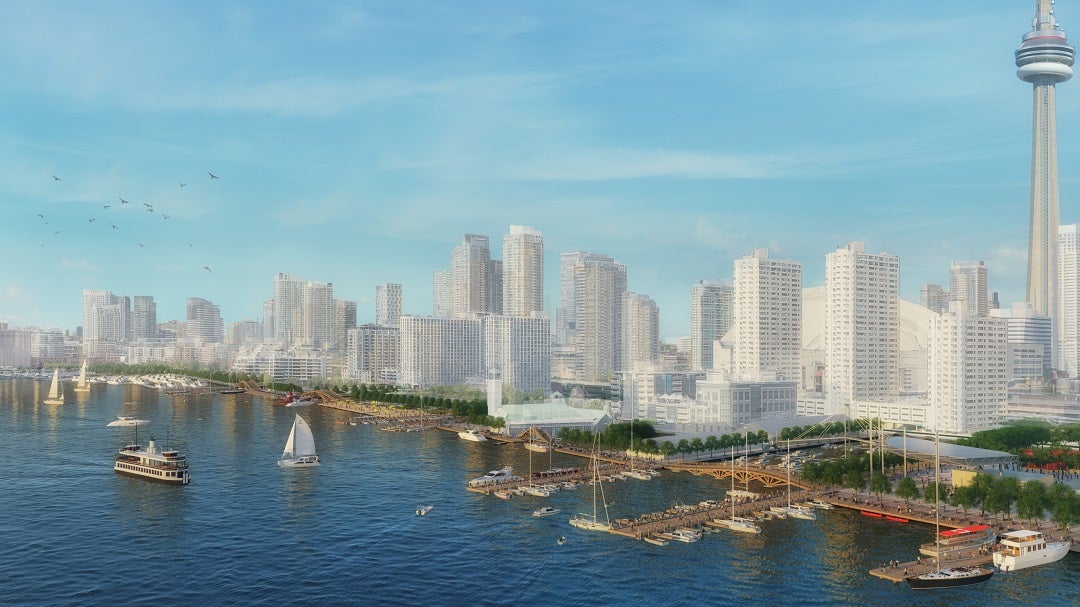 A continuous Waterfront Walk would offer an unbroken route along the downtown lakeshore, dotted with destinations to pause and enjoy.

In addition to providing a place for people to enjoy the waterfront, the project will build an in-water pipe to link the new Cherry Street stormwater facility to the neighbourhood stormwater treatment system in Sherbourne Common.   Once completed, this system will serve all of the East Bayfront and West Don Lands and improve water quality in the lake. 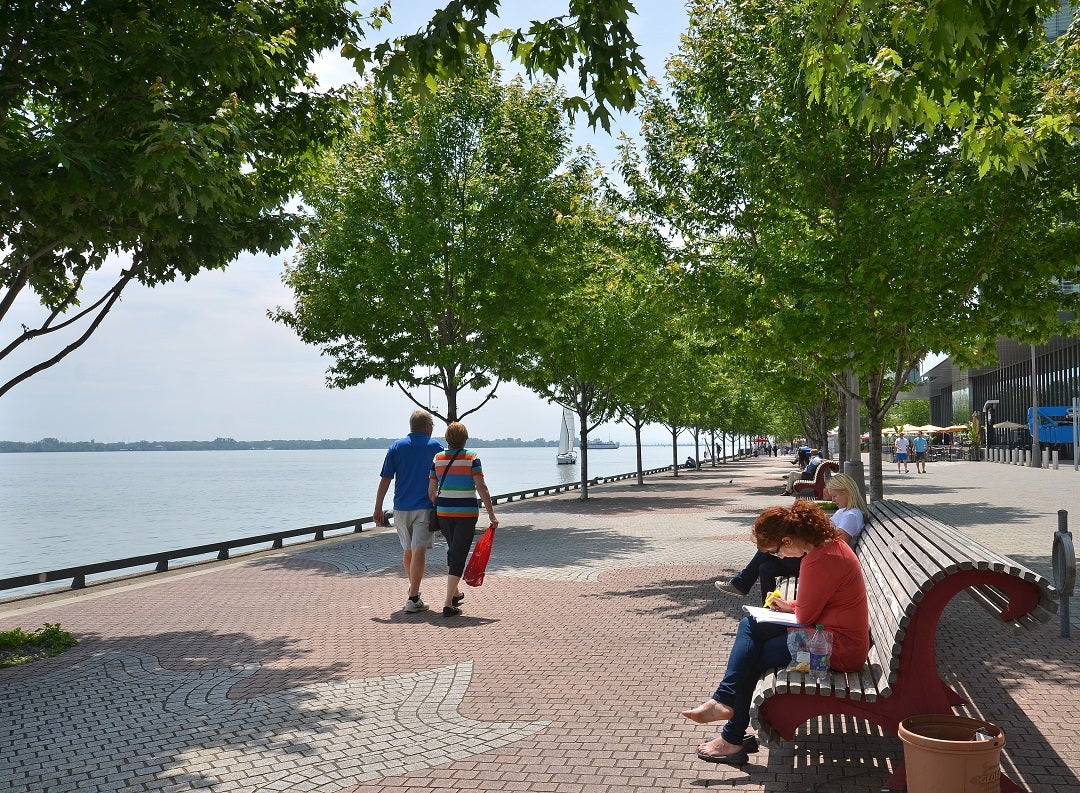 The completed Water’s Edge Promenade added public space to the waterfront.  Wooden boardwalks are designed to extend that public space even further over the water. 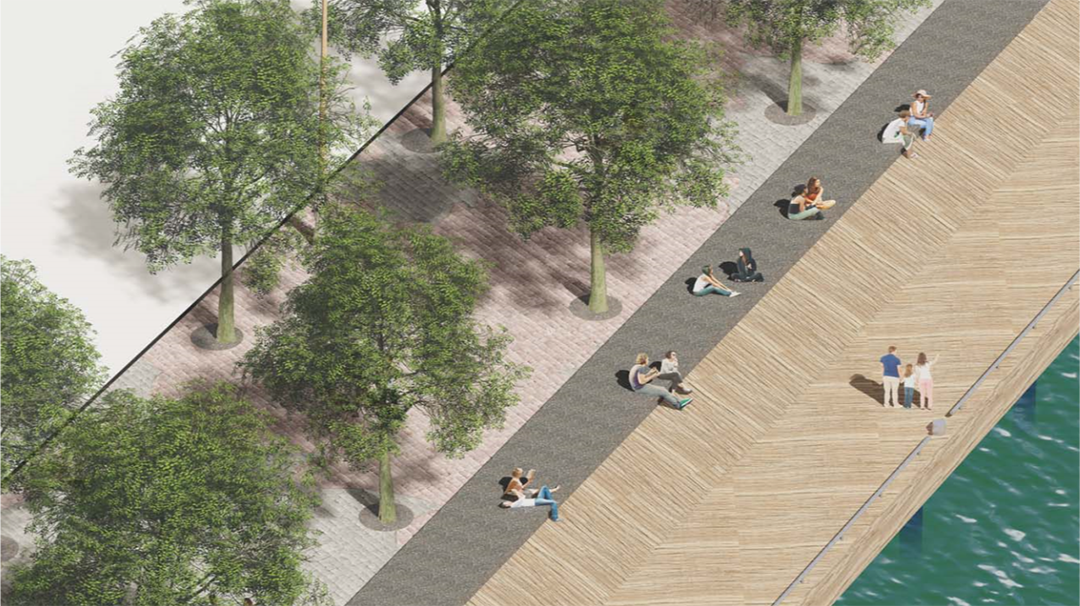 The new boardwalk will be 6 metres wide and feature a herringbone pattern. The design team (West 8, DTAH, and WSP) selected Thermowood Ash as the boardwalk surface material because of its longevity, durability and sustainability. A granite bench will provide seating for people to enjoy the water's edge.

Waterfront Toronto has already expanded the number of places where people can move along the water’s edge: on playful structures like the WaveDecks at Queens Quay, on the Water’s Edge Promenade, and on the nearly six kilometres we’ve added to the Martin Goodman Trail.