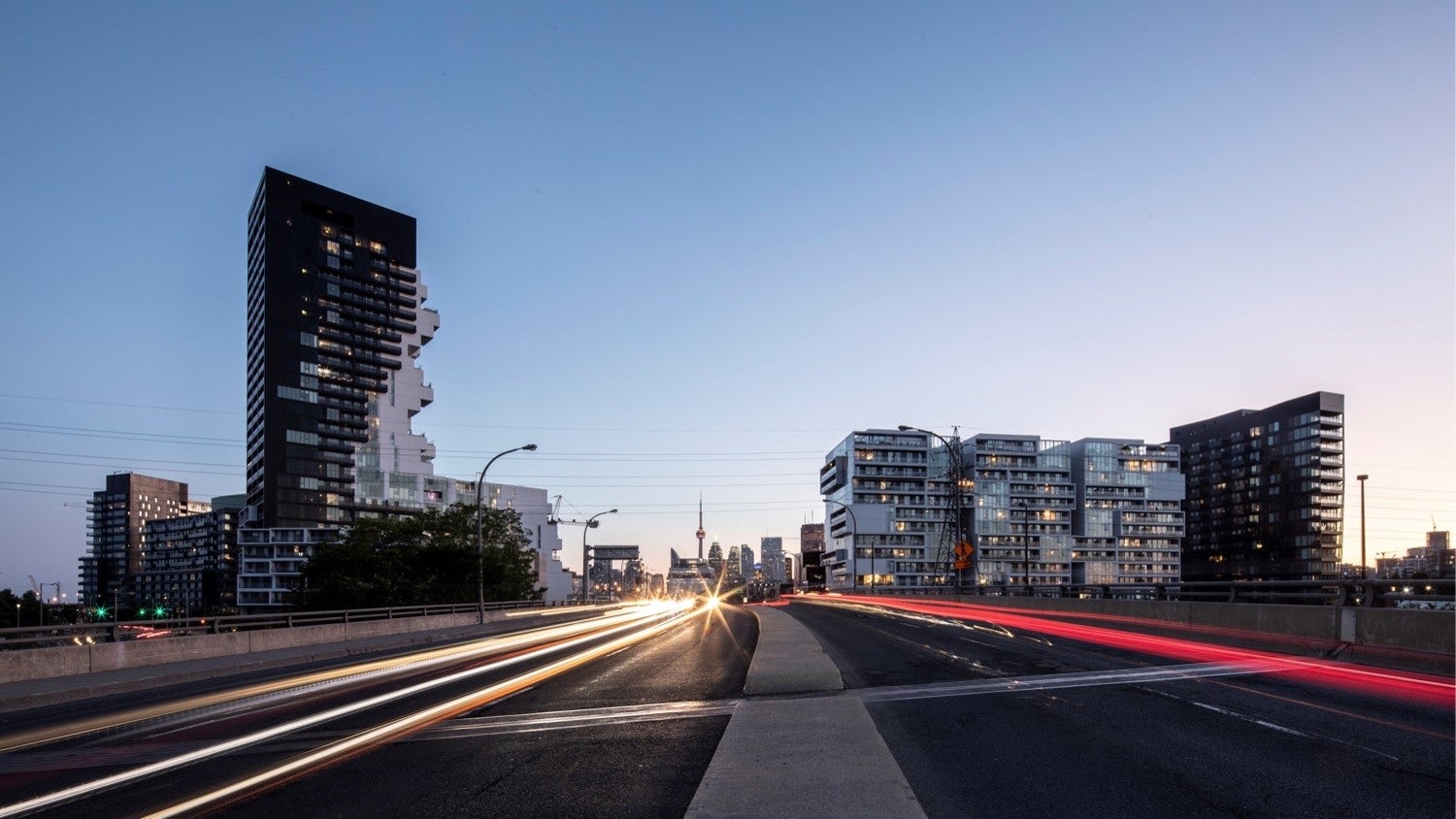 South of King Street between
River Street and the Don River

River City, the first private sector development project in the West Don Lands, set a new benchmark for sustainable urban design in Toronto and across Canada.

This four-phase development by Urban Capital known as River City includes 1,100 loft-styled condominium and townhouse units, as well as boutiques, stores and restaurants. River City has a range of beautifully designed suites and amenities that include stunning landscaping throughout the complex, an outdoor pool and dining area, a two-storey glass “lightbox” lounge and party room, two fully-equipped exercise rooms and a furnished guest suite.

RC4 (Harris Square) comprises 154 units in a 13 storey building at the head of Lawren Harris Square. This is the final phase of River City and was completed in 2021.

Designed by Saucier + Perrotte Architects and ZAS Architects, two of Canada’s most respected and award-winning design firms, River City’s buildings are like no other buildings in Toronto. The development is an innovative, environmentally friendly collection of bold forms and inventive spaces. Although River City is not Urban Capital’s first development, nor their largest, it has become internationally recognized as their signature development.

In keeping with Waterfront Toronto’s sustainable development goals, River City will be a LEED Gold carbon-neutral development, the first such residential building in Canada. Buildings will have green roofs, and the development will feature a hybrid car and bike share program, plus parking garages will be wired for electric-car charging stations.

Urban Capital Development Group was chosen as Waterfront Toronto’s first private sector development partner in April 2008 following a competitive selection process. A two-stage request for qualifications and request for proposals process was conducted, guided by a Steering Committee composed of Waterfront Toronto staff and subject matter experts in design, sustainability, and real estate. The entire process was overseen by a Fairness Advisor, The Honourable Justice Coulter A. Osbourne.